Through the TOP user engagement workshop, the Citi Ventures team had the opportunity to talk to investors and fund matchers, user advocates and community members, which inspired them to focus on how their end product might address multi-stakeholder needs.

Increasing Transparency for Opportunity Zones in the U.S.

Regional inequality in the United States is growing.

Across the United States, declining economic dynamism is making it harder for cities to recover from the Great Recession while fueling increasing regional inequality. The economic vitality of people and where they live is intertwined — and by 2050, cities are expected to be home to 75% of the world’s population.

Opportunity Zones are a new community development program established by Congress in the Tax Cuts and Jobs Act of 2017 to encourage long-term investments in low-income urban and rural communities nationwide. Yet there are several challenges among key stakeholders for effective capital deployment in Opportunity Zones, including a lack of transparency, difficulty sourcing capital, and no standardized way for cities and communities to showcase their needs, priorities, and projects. In addition, investors have a growing interest to ensure their capital is reaching places where it can have a real, economic, and societal impact. 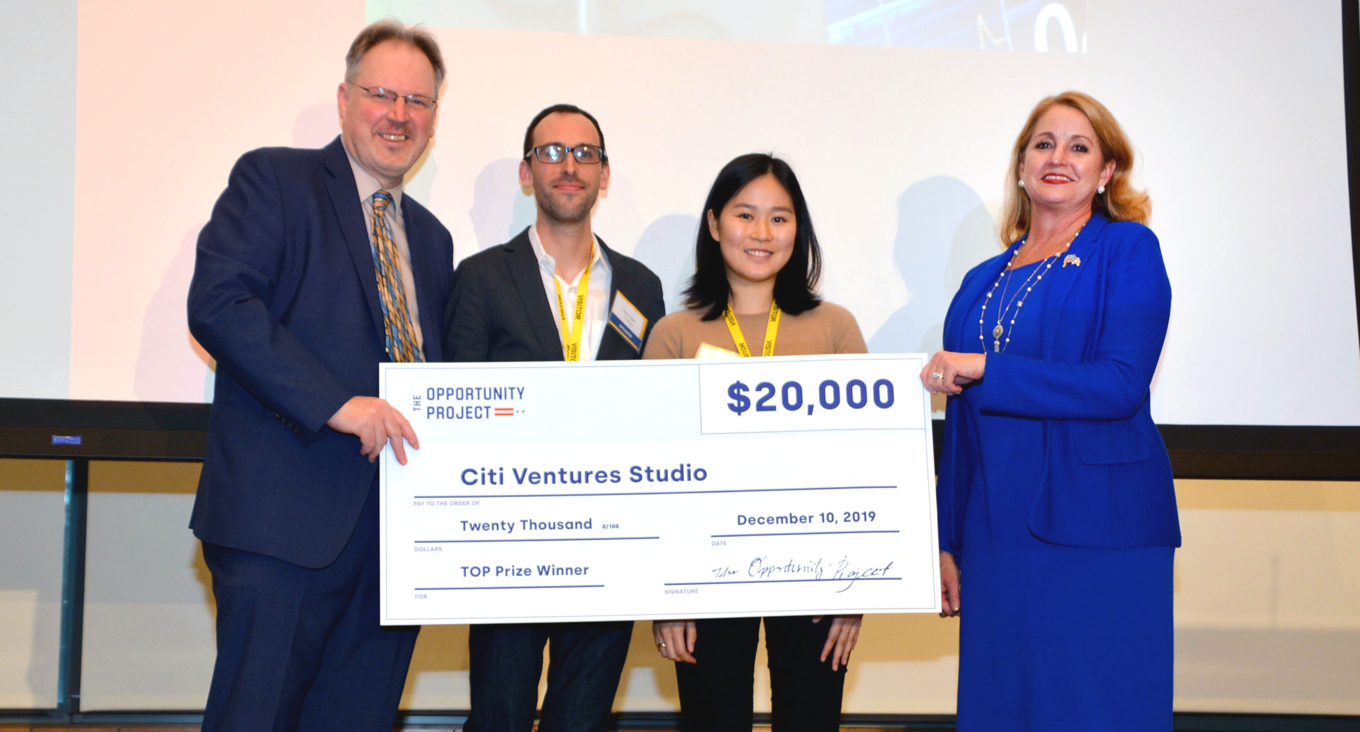 The Opportunity Project brought together tech teams, policy and data experts, and community groups to build products that improve access to data on Opportunity Zones in the 2019 Workforce Sprint.

Through The Opportunity Project, the Citi Ventures team had the opportunity to interview representatives from a wide variety of user groups during their research. They were able to meet with community advocates, fund managers, investors, and other stakeholders to make sure that the data, design, and final product of City Builder would meet multi-stakeholder needs. During the sprint, they conducted over 60 remote, in-depth interviews with research participants across the U.S. to validate and debunk hypotheses, understand behaviors and motivations, and gain feedback on the product. This body of work led to the development of critical persona deliverables and continual UI, UX, and content refinements in the product.

Citi Ventures launched City Builder at The Opportunity Project’s 2019 Demo Day, where they won a $20,000 prize to encourage future development.

At Demo Day, the Citi Ventures team presented a lightning talk where they launched Citi Builder to a captivated and diverse audience of hundreds consisting of other tech teams, community organizations, and federal agencies. We were proud to also give them a first place prize of $20,000 in the “Building Thriving Communities” category of the inaugural TOP Prize Challenge. The resulting momentum helped bring visibility to City Builder at a national level.

After the sprint, Citi Ventures has continued to develop and expand the platform.

City Builder now covers 50 cities and 38 Qualified Opportunity Funds, and is now optimized on mobile so that users can access the platform on any device. Looking ahead, the team plans to continue to expand their coverage of locations in the United States as well as surface additional place-based investment incentives and local priorities.

“Participating in The Opportunity Project sprint was an invaluable experience for the City Builder team. The connections we made during the sprint gave us a wealth of insight into user needs, and our conversations with data stewards at the Census Bureau guided us toward data sets that helped us develop City Builder into a powerful platform for exploring place-based investments.” - Citi Ventures Team